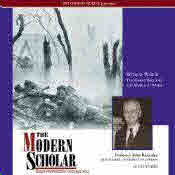 I found this book to be fascinating as far as the author, John Ramsden, taking us back in detail to what is commonly referred to as “The Great War”, WWI.  A time when many of the European countries were emerging from their “fiefdoms” that was prevalent throughout the previous centuries, to a point where they desired more and more control over the European continent.

After all was said and done, the finger-pointing and blame was directed towards the country of Germany because of their idealistic and aggressive maneuvers that dictated both World War I and World War II.  After World War I, Germany had to operate underneath the doctrine of the “Treaty of Versailles”, which Germany fought against and moved away from during the rise of the Nazi regime, which of course led us into World War II.

This is a short, quick read, but it’s fascinating and full of details that field in a lot of blanks that I had in regards to World War I.

I applaud the author, John Ramsdem, for a job well done in detailing the story of a story that has been told many times before!

← James Donaldson Comments On Old School Rap vs. Today’s Version Of It With The Sugar Hill Gang and Rapper’s Delight
Martin Luther King’s Jr Address At The Conclusion Of The Selma To Montgomery March And How It Pertains To The Trayvon Martin Case Of Today →