Is Dennis Rodman Going About This Whole North Korea Thing the Right Way? 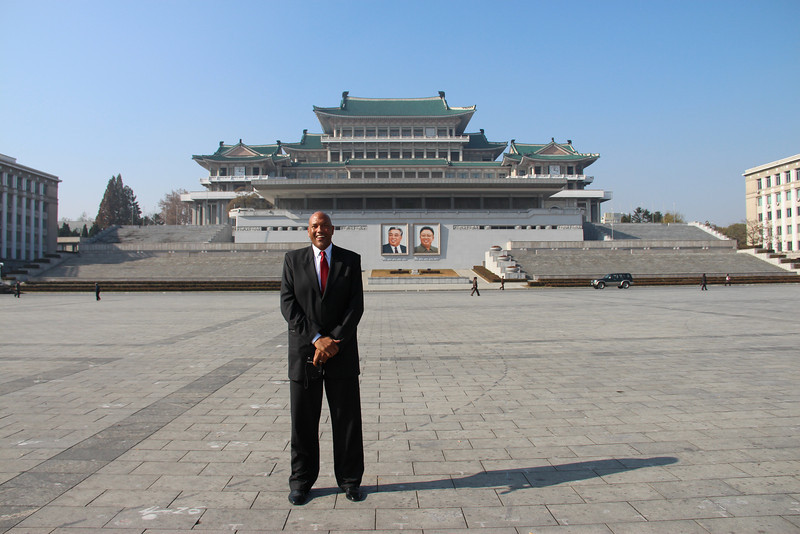 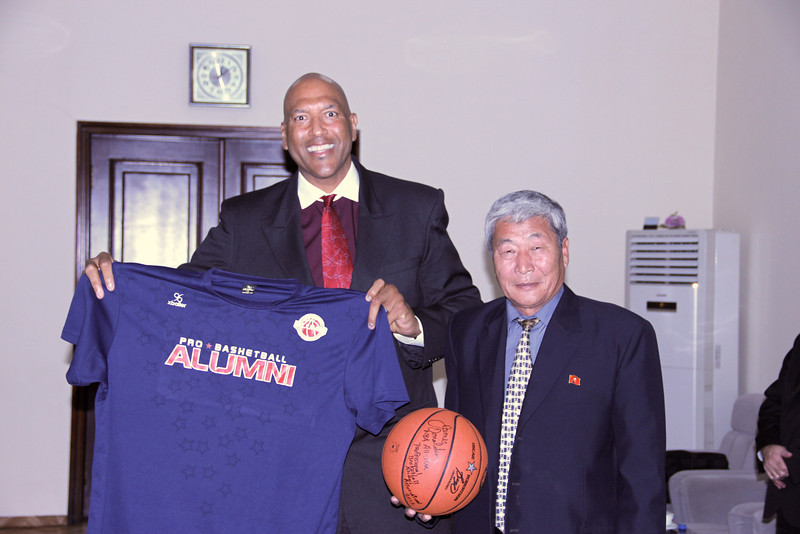 The “Worm” is still turning.

Former NBA bad boy, All-Star, Hall of Famer and NBA champion many times over, Dennis Rodman, recently returned from his second trip to North Korea touting about his “basketball diplomacy” that he is working on with his “Best Friend for Life”, Kim Jong Un, the new young leader of North Korea.

Rodman says that he’s there only for “basketball diplomacy” and not there to free American captive, Kenneth Bae, who was sentenced to 15 years of hard labor for “activities detrimental to the DPRK. “That’s what President Obama and Hillary Clinton are supposed to be doing” (paraphrase) crowed Rodman upon returning from his most recent trip.

I have to admit, I admire what Rodman is trying to accomplish and he’s getting more done in “his own particular way of doing things” than most of our diplomats and politicians can only dream of.  I admired his tenacity as a competitor in the NBA, and now he is showing the same “never say die and I don’t care what others think attitude” that made him a Hall of Famer in the first place.  Go Worm, Go! (“The Worm” is the nickname that Rodman is affectionately known as)

I had the opportunity and pleasure of traveling to North Korea myself this past November 2012.  I was able to see for myself, so much of Pyongyang City and the surrounding countryside as I traveled with the humanitarian non-profit group, Global Resource Services www.grsworld.org and as a representative of the NBA Alumni group, Professional Basketball Alumni Association (PBAA) www.probasketballalumni.com I was even able to get 18 holes in on a very well – manicured golf course on the outskirts of Pyongyang! I/we met with government officials, sampled Korean foods and even went to a fast food restaurant for burgers/sandwiches, fries and cokes. So, other than being relieved of my laptop, iphone, and anything that might have a GPS device connected to it (I wasn’t actually relieved of those things, but we were asked not to bring them into the country in the first place), I didn’t feel that I was that far removed from any other developing country that I’ve traveled to in the past.

If/when Dennis Rodman starts recruiting guys to go to North Korean for play a basketball game or two and do some basketball training sessions, I’ll be right there at the front of the line hoping to be recruited to go along with them.

I did a recent interview with freelance journalist, Tobias Jochheim from FIVE Basketball Magazine, ZIET Online and Rheinische Post in regards to Dennis Rodman’s “basketball diplomacy” efforts in North Korea and here are a few excerpts from that:

– Do you support or rather oppose the NBA’s (and FIBA’s) “official” stance re North Korea – which, if I am not mistaken, is pretty close to non-existent?

–        I’m not sure what the NBA’s/FIBA’s “official” stance on North Korea is at this point, but I do believe that international relationship building through sports of any kind is a wonderful thing and should be encouraged.

– Have you encountered criticism or some other kind of a backlash – be it from the side of the NBA, FIBA or US government for your trip?

–        No, I haven’t encountered any type of criticism for my travel to the DPRK, but I believe that’s because it was done in a very highly professional manner and on a purely humanitarian endeavor.  The group that I traveled with, Global Resource Services www.grsworld.org , has been doing meaningful work over the last 20 years in North Korea in regards to relationship building, humanitarian efforts, infrastructure assistance and the like.  If anyone out there wants to get involved and be supportive of the ongoing relationship building and humanitarian efforts between the United States and North Korea, Global Resource Services, guided by the outstanding leadership and vision of Executive Director, Rob Springs is perhaps one of the best organizations suited for that kind of work with its years of experience, expertise and relationships already in place.  Also, Global Resource Services just goes about its business in a very nonpolitical, nonpartisan way which I feel is the best way to go when you’re trying to build relationships.

– Are you rather supportive or critical of Dennis Rodman’s endeavor (and style of taking it on)?

–        I’m very supportive of Dennis Rodman’s endeavors with North Korea, as I would be with anyone trying to encourage relationship building between our country and North Korea.  Dennis’ style is perhaps a little more flamboyant and showbiz than I would do personally myself, but it looks like it’s effective (how many people have ever had the opportunity to personally meet with any of the leaders of North Korea?), and I hope to be part of the basketball entourage that he speaks of taking into North Korea perhaps at the beginning of 2014.

– Are you familiar with Shin Dong-Hyuk  ( http://www.nytimes.com/2012/04/12/books/escape-from-camp-14-by-blaine-harden.html?pagewanted=all&_r=0 ) and, with his story in mind, do you consider it legitimate to “leave politics completely out of it” as is Dennis Rodman’s stand, inviting accusations of ignorance, naiveté and irresponsibility as well as potentially running the risk of being used in DPRK propaganda?

–    “I believe that when one is working on purely a humanitarian basis, it is probably best to leave politics/religion/contentious histories aside, and just try to focus on developing better relationships between countries and its people.  People, individually, can almost always figure out a way to get along, but when you start mixing in the other aspects previously mentioned, without good relationships, education and cultural exchanges going on, then it can be much more difficult to accomplish.”

“Politics effects our work, on both sides, and we understand that, but being non-political also means not always worrying about what people think, not being a conformist, but an agent of change… especially for the better.  It could be argued that the more politically motivated you are, the more naive and manipulated you just might be if you’re not fully aware and informed.”

“Propaganda and political spin, many times happens on both sides of the equation, and we have to be willing to take the extra step in educating ourselves and developing the personal relationships in order to truly understand a person/people better.  My work (I’m also a GRS Board of Directors member) with Global Resource Services is of this nature.  Pertaining to the work that GRS does, political agendas by both countries are put aside, and we work on a more professional/personal level with the North Korean people in hopes of creating a mutually beneficial relationships into the future.”

I know that a lot of people who don’t allow themselves to think “outside the box”, and want to stick to partisan politics and “group think” aren’t going to understand the efforts made by Dennis Rodman and organizations like Global Resource Services, but this is where differences are made and relationships and bridges are built.  You’ve got to start somewhere and I’m happy to be part of that effort as well.

One comment on “Is Dennis Rodman Going About This Whole North Korea Thing the Right Way?”