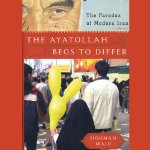 I read this book with a great deal of interest and fascination into the world of the Ayatollah’s/Islam/Modern Day Iran.  With Iran being in the headlines on a more frequent and regular basis (At least since the days of the captive hostages during Pres. Carter’s administration), mainly because of the “attempts to rein in Iran’s nuclear program”, it indeed turned out to be a fascinating read and a look behind what we typically get fed by our own media.

With the Iranian civilization having such an extremely long history, there are bound to be huge chunks of it that most Americans have no ideal about. The author, Hooman Majd, did a pretty good job in conveying to us a lot of the confusing and conflicting dynamics at play, especially in modern-day Iran. This is a country that is deeply steeped in cultural and religious backgrounds, yet at the same time, especially with its younger population, moving forward to try to find its place on the world stage.

One of the most interesting things that I’ve came across in the book that the author said was “the conservative religious right in America, would probably find a kinship with the conservative dogma of the Ayatollah’s/Islam in the fact that both would find similarities in religion ruling the day, frowning upon premarital sex, abortion, sinful music, etc.” (this is not verbatim) And I thought to myself, “hmmm, there are actually some good points being made here”.

The author also points out that the Iranians have developed an interesting David versus Goliath mentality against not only Israel, but the United States and the Western world. It’s not that they were ever going to outright “win” any battles against all of that, but just by the fact that they “stand up to all of that” and hold their ground, and many times his victory enough.

Although we Westerners tend not to know much about the Islamic/Muslim world of things, this book might be helpful in peeling back some of the layers to help us get an up close look at not only the ongoing propaganda’s, but it look at real everyday life of real everyday people living in modern-day Iran.