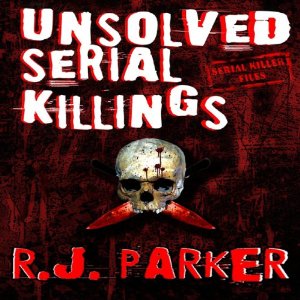 HH Holmes was America’s first serial killer.  He was convicted of nine murders, although he confessed to 27 murders.  His murders occurred in the 1890s.

Although you can be sure, that there were serial killers in America before HH Holmes, but it was around this time, when official records were actually being kept, and whatever happened previously to that, is anybody’s guess.

The USA has produced about 75% of the world serial killers.  Great Britain, produces about 28% of all the serial killers in Europe.

At any given time currently, there are at least 50 active serial killers in the United States.  A lot of them go unnoticed because their victims are typically, runaways, prostitutes, street people, etc., and these types of victims are typically people who are “off the radar”, and therefore, it takes a long time before they are reported missing.

There are many serial killings that have yet to be resolved.  They go into the case for the “unsolved serial killers” cases.

One such case is the “The Zodiac Killer”.  During the late 60s and early 70s, The Zodiac Killer created a series of killings in Northern California.  (I grew up in the Sacramento area of Northern California during that time, and I vividly remember the news reports depicting these horrific random acts of murder that took place during that time) About seven killings have been attributed to him, although he has sent letters and messages to authorities, claiming at least 37 victims.

Another is the “Twin Cities Killer”, in Minneapolis.  34 victims were attributed to this killer.

The “I-45 Killer”, in which at least 35 victims were attributed to this killer, who operated between Houston and Galveston Texas.

And, there are so many, many more in this book.

This book is a nice (sic!) collection of serial killings throughout history, and primarily in the United States.  The author goes into some detail, but fortunately for us, not all of the details over the last couple hundred years are available, as they occurred throughout the world.

Even though there are at latest calculations, dozens and dozens of active serial killers in the US currently, they are much easier to catch in this day and age thanks to social media, computers, improved technology, video surveillance and forensics, than ever before. Whew!!!  That’s a good thing!