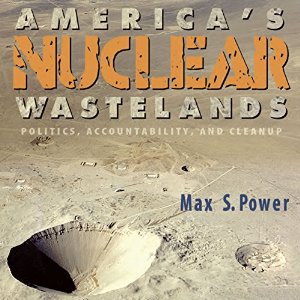 Well, this book was a little outside of my scope of interest for the most part, but I still was able to learn a few things about the nuclear wasteland industry that’s going on in America.  The book deals with a lot of the politics and legislation, of trying to get these facilities located in certain areas of the country.

It also deals with the radioactive fallout in the neighboring areas where these nuclear reactors are located as radiation gets into the food, water supply and the environment.

Truthfully, my interest might have been a little bit higher in the topic, if it had been about nuclear bombs and nuclear arsenals.  But, nuclear wastelands are just as important in our world today that we live in.