James Donaldson’s Book Review – The Race Beat: The Press, The Civil Rights Struggle, and the Awakening of a Nation by Gene Roberts and Hank Klibanoff 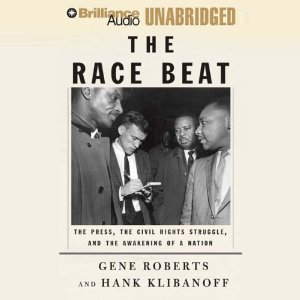 This was truly a fantastic book! I always enjoy learning about things I don’t know much about already. I didn’t know that there was such a prevalence of black press newspapers/magazines back in the 30s/40s in the history of the United States. And the rift/differences that existed between the black press and the white press.

The book started back in the integration/segregation years when schools were forced to start accepting black students. The book also covers the history of Martin Luther King Jr., his assassination, the Vietnam War years where the country obviously started shifting focus from the civil-rights unrest at home, to fight in wars abroad.

The last chapter was very interesting because it was about “whatever happened to them now.” (A more in-depth profile of the various personalities and characters throughout the civil-rights era.

As we saw in the recent uprisings in the United States in 2015, the unrest for civil rights, equal treatment under the law, incarceration rates, etc., continues to be the steady drumbeat throughout the social fabric of the United States.