James Donaldson’s Book Review – Libya and Change: How it Happened by Thomas Hodge 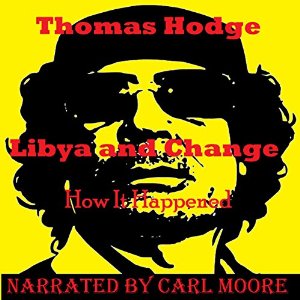 This is a short quick read and look at Libya and also the ruling family that was headed by Gaddafi. Gadhafi came to power in 1969. And ruled until his death by assassination in 2013. His fatal mistake was the fact that he continued to oppress the lower classes of people, and alienate his military force, many which abandoned him to fight for the opponents side.

Throughout his life, he was always a rebel, a terrorist supporter, and someone who is against the Western ways of doing things.