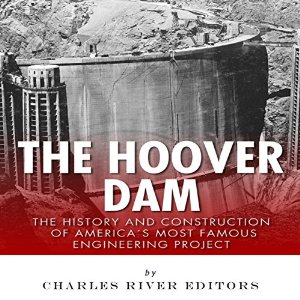 One of America’s most famous engineering projects, is the Hoover Dam, originally called the Boulder Dam, Built during the time of the Great Depression, this iconic structure put thousands of Americans to work in building and engineering marvel, that damned up the Colorado River, and created hydroelectric power for the southwestern United States.

Of course, hundreds, if not thousands of workers lost their lives in construction of this monstrosity, but out of nowhere and in the middle of the desert, sprang up one of the United States most iconic cities, Las Vegas. Las Vegas gave the construction workers a place to go for entertainment, gambling, drinking, red light districts and much more.

The Hoover Dam is still a great engineering feat even 75 years later, as it continues to churn out hydroelectric power for the southwestern United States.

A great bit of history pertaining to the politics, business interests and the lives of people who gave so much to build this magnificent structure.