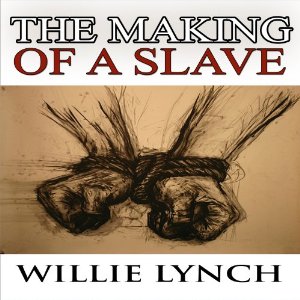 This was an excellent read into the inside in goings-on of the slave trade, not only here in America, but also in European countries. Believe it or not, it was actually a man named, Willie Lynch, in which this letter is attributed to, as he went about to teach and train slaveholders on how to “make and break a slave”.

It was brutal to say the least, and the fact that the slaves were treated as material possessions, and no better than farm animals and how they were handled, fed, bred and taught not to trust each other. Families were torn apart and nearly beginnings, children were taken from their mothers and an early age, and the mothers were conditioned to instill in the children, a “subservient” mentality in which the slaveholders would not have to worry about the slave ever rising up and running off.

Men and women were treated differently, with men being forced to do a lot of the hard labor in the fields, many of them dropping from exhaustion and having very little left to give to their own families. Women were forcibly paired up with male slaves, (and sometimes even slaveholders) to breed the biggest and strongest line of slaves possible.

You can only imagine the horrible experiences and existences of the African-American slave during the slave trade. Of course, there are always those who thought about getting away, new there is something much better on the outside, and even went about trying to teach themselves to read and write (alla Frederick Douglass), but overall, this is one of the most horrible, brutal interactions of humans against other humans in the history of mankind. It went on for 400 years in this country, which included over 100 years of Jim Crow laws, and another hundred years of continuing to fight for equal treatment under the law and in the eyes of society.

America still owes descendents of slaves, a great debt, and as Martin Luther King Jr. has said in many of his speeches, America gave the black man a check marked “insufficient funds“.

These are the conversations that all of us Americans need to have on a regular routine basis. As we seen on so many occasions over the last couple of years with the uprisings in poor urban cities, white police officers taking liberties with shooting and killing black people, our prisons overflowing with people of color and an unemployment rate that is twice that of whites in America. There’s a lot of work to be done still and reading books like this can help one get a better sense of how all this came to be in the first place.