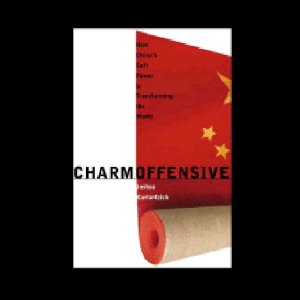 As I am getting to know the country of China better and better over the years (I spend about eight months a year over the last four years here in mainland China) I am starting to understand more and more about their “MO” of how they want to go about spreading their influence throughout the world, and continuing to build themselves into a global economic power.

As is evidenced by the recent visit to the United States by Chinese President Xi Jinping (and a delegation of about 1000 people from China), the Chinese came to the USA, without “relatively speaking” the tremendous fanfare that was created by the Pope and his visit to the USA this week as well.

President Xi Jinping gave a few speeches, met with the business leaders and top community leaders in the Seattle area, visited a high-performing high school in Tacoma as well is going up to Everett to make a huge purchase of Boeing airplanes, and then visited the Microsoft campus. Of course, there was a lot of “hubbub” about him being in Seattle, but it was nothing compared to the news media coverage that followed around the Pope.

The Chinese prefer it that way. For the last couple decades, they been going around the world, spreading their influence, ingratiating themselves into other people’s cultures and countries by investing, building infrastructure, purchasing and supplying goods to the rest of the world.

That is what this book, “Charm Offensive: How China’s Soft Power is Transforming the World”, is all about. China knows that it will be eventually the number one economic power in the world, and that essentially, the rest of the world depends on it and its economy continuing to be strong. Even though China’s economy has slowed dramatically over the last several years, it still 2 – 3 times as strong as almost any other economy in the world. When China can just “snapped his fingers.” and purchased 300 Boeing aircraft,….. That’s power!

Even in the midst of all the controversy about the cyber spying and stealing of information’s on the Internet and computers in America (almost all fingers point towards China), all China says is that they will “look into it” and that it’s nothing that is being condoned by the Chinese government. Wow, that’s slick.

So China visited America this week, with a serious agenda in mind, and one is to show the American people, that “China is open for business” to American companies and corporations. They will do their best to help American companies and corporations prosper and be successful in China, and look over their well-being. Of course, there’s always the “double standard”, and when it comes down to it, the Chinese companies will get the preferential treatment.

Even today on the news, the iPhone 6S was just released on the streets in China. It’s an obvious “knockoff” and cost only about $100, but because it has the Apple emblem on it, and it’s an iPhone, there’s a huge market for something like that here in China.

I’ve been watching the NBA attempt to get a foothold in the China market here in China for years. Several years ago there were at least 25 NBA stores throughout mainland China, but they been forced to close down because of the counterfeit knockoffs of the NBA merchandise, and one of the most ridiculous looking, obviously fake, NBA logos that I have ever seen. But, when you go out in the street corner in China and pick up a T-shirt for three dollars, versus trying to buy one in the NBA store for $85, what decision would you make?

Anyway, this was a great book and a great read about the quiet, confident, forward moving evolution of China’s economic might. Also, keep in mind that they are starting to invest tremendous sums of money into a military might as well.

I wish I was a fly on the wall when Pres. Obama and Pres. Xi have their state dinner in Washington this week, because I can only imagine what the Chinese president is thinking, while Pres. Obama is going on and on about “what China must do, and they must do this and must do that”.

If you want a good book on China of late, this is one of the best ones I’ve read in a while.