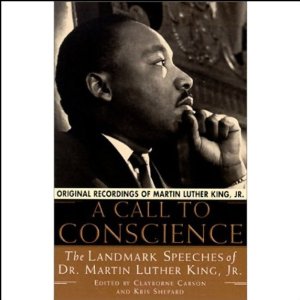 This was one of Martin Luther King Jr.’s most riveting speeches as he recently returned from a trip to Africa, the country of Ghana, and was witness to “The Birth of a New Nation” as Ghana was finally freed from British rule and gained its own sovereignty.

Even though this is well over 50 years ago, we still have something we can learn from this glorious speech. As we look around and observe what is happened since the “Arab Spring”, and one country after another going through leadership changes, and the people crying out for freedom and independence, it is all very reminiscent to what Ghana went through as it fights for its independence. We look at the situation nowadays in Syria, and the mass exodus of refugees fleeing to other European countries, and the words of Martin Luther King Jr. rings so true:

On the universality of Ghana’s struggle:

“Ghana has something to say to us. It says to us first that the oppressor never voluntarily gives freedom to the oppressed. You have to work for it. … Freedom is never given to anybody. Privileged classes never give up their privileges without strong resistance.

There is something in the soul that cries out for freedom.

“On the realities of the struggle:

…there are always those people in every period of human history who don’t mind getting their necks cut off, who don’t mind being persecuted and discriminated and kicked about, because they know that freedom is never given out, but it comes through the persistent and the continual agitation and revolt on the part of those who are caught in the system. Ghana teaches us that.

It reminds us of the fact that a nation or a people can break aloose from oppression without violence.

I am constantly amazed, now that I have become a student of the works of Martin Luther King Jr., of how the words of this great man, over half a century ago, continue to ring true and stand the test of time. Whether he is talking about “man’s inhumanity to man” or “injustice anywhere, is a threat to justice everywhere”, we keep getting faced with reoccurring situations in today’s world that calls for voice such as Martin Luther King Jr.’s to speak about. Too many of today’s leaders, only go about the “political correctness” but, King, was not afraid to “call a spade a spade” and to go against the conventional wisdom of the day. King said often in his speeches, that he did not want to be the type of leader who was a “consensus seeker”, but he wanted to be the type of leader who was a “molder of consensus”. That’s so beautiful, and the lesson for so many of our leaders today to learn.

This again, is one of Kings wonderful works that stands the test of time.

If you get a chance, read the speech in its entirety, or listen to it on an audio version, and you will be riveted to it as well.