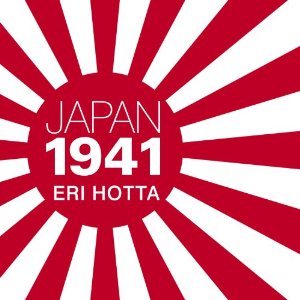 Wow!!! This was an absolutely riveting book in regards to Japan (circa 1941) and its military leaders who led Japan into a war that the vast majority of people knew they could not win. Japan made strategic maneuvers such as aligning themselves with Adolf Hitler’s Nazi Germany, and the bombing of Pearl Harbor, but all of that was in vain, as the West and the US allies were circling the wagons and it was a matter of time before Japan found itself in a doomed position.

The book goes into a great deal of detail in regards to the military leaders of the time and the conflicts that they found themselves in knowing they are facing an uphill battle. For instance, 90% of Japan’s oil products and petroleum were being provided by the United States and the West, so, Japan knew that its efforts were going to be futile and trying to mount a serious effort to win the war without massive casualties, which they found themselves on the end of anyway with the dropping of the atomic bombs on Hiroshima.

Hundreds of thousands of Japanese children were rounded up and shepherded out of the cities and out to the rural areas of Japan to protect them from the bombs that Japan knew were on their way. The leaders of the day in Japan, went out of their way to show smiling children in the countryside, who were underfed, malnourished and hungry, to reassure the Japanese citizens that all was going to be okay.

The author does a great job in detailing the attacks on Pearl Harbor, of course, and also the military blunders that Japan found itself making from time to time.

Even though the book is a little bit lengthy, it still has the ability to hold your attention throughout and to paint a picture for your imagination to be able to see clearly exactly what was going on.