James Donaldson’s Book Review – Indentured: The Inside Story of the Rebellion Against the NCAA by Joe Nocera 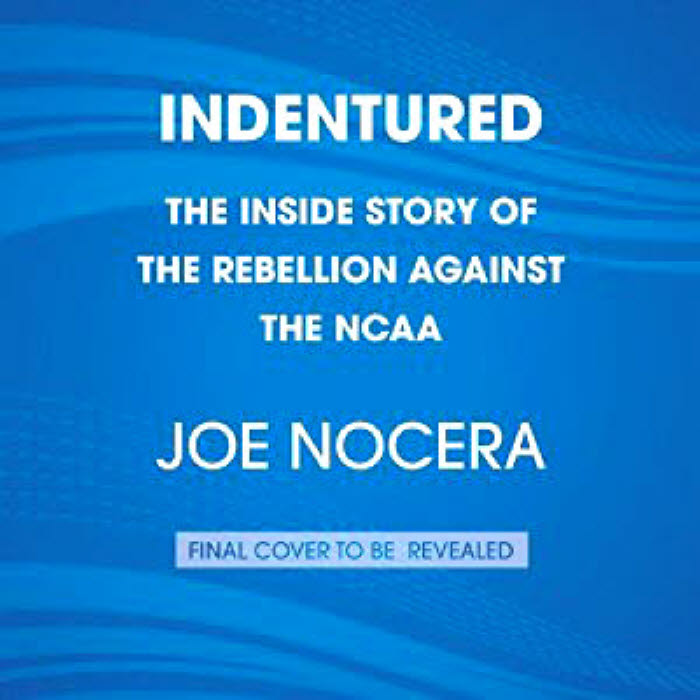 Indentured, tells the story of those who have been fighting the battle against the NCAA over the last couple of decades or so, trying to draw some attention to the fact that these collegiate athletes, with their lives, blood sweat and tears, underlying all throughout the school year, with practices, mandatory training sessions, games, and missing an abundant amount of class time, to enrich the coffers of the NCAA.

Fans have begun to realize that the athletes involved in the two biggest college sports, men’s basketball and football, are little more than indentured servants. Millions of teenagers accept scholarships to chase their dreams of fame and fortune – at the price of absolute submission to the whims of an organization that puts their interests dead last.

For about 5 percent of top-division players, college ends with a golden ticket to the NFL or the NBA. But what about the overwhelming majority who never turn pro? They don’t earn a dime from the estimated $13 billion generated annually by college sports – an ocean of cash that enriches schools, conferences, coaches, TV networks, and apparel companies…everyone except those who give their blood and sweat to entertain the fans.

I’ve always contended, that so many of our young student athletes, enter into the collegiate “sports factories” woefully underprepared, and then basically get a “pass” from coaches, professors, tutors and the institutions of higher learning themselves who basically give a “wink and a nod”, only to have the vast majority of these student athletes, especially in the big-money sports of basketball and football, exit from their collegiate athletic eligibility, with absolutely nothing to show for it, and even worse yet, many of them lacking a college degree.

When I speak to young student athletes, I tell them that sports itself is very “exploitive” system, and it will exploit you, so you have to position yourself to benefit yourself as much as you can from the system. And at the very least, that should mean walking away from your time as a collegiate athlete, with at least a diploma in hand.

This is been an ongoing conversation for quite a few years now, “should college athletes be paid?”, And I myself, feel that college athletes should at least be given a increased “compensation package”, of an increased monthly stipend, disability health insurance coverage (should they be injured), and also, an amount equal to the annual tuition, set aside in a trust fund for every year of eligibility completed. And then, upon graduation, with a diploma in hand, that amount that is set aside in a trust fund, is in awarded to the student athlete. In a way, giving him a nice little “nest egg” to get his “real life” career underway, and the ability to catch up with the rest of his “student peers” who he went to school with, but did not have nearly the amount of time to study, network, and position themselves for a career after college. And, it beats leaving college heavily and student debt. That’s how I see student athletes can be better compensated.

This is a great book though, it gives you the inside workings of all the folks who’ve been battling against the NCAA, and the NCAA’s overall mindset as well.