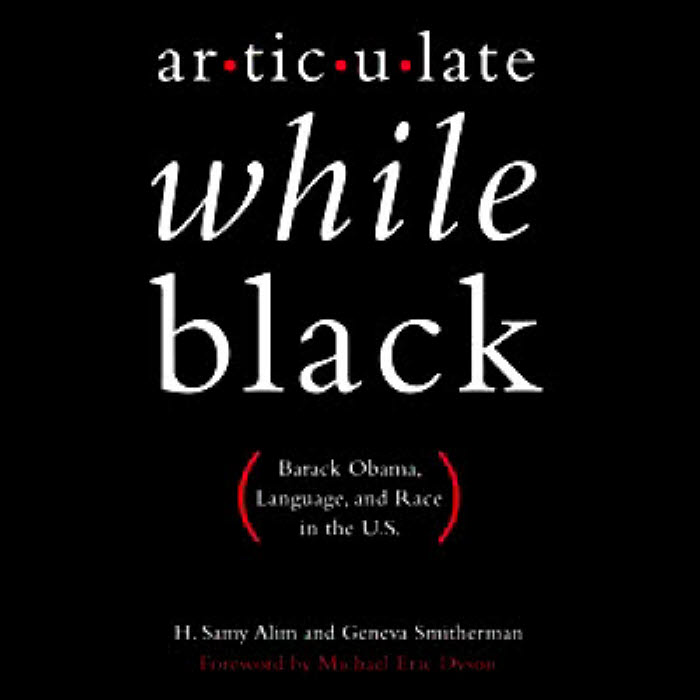 This was an interesting book, to say the least.

The authors, throughout the book, are trying to connect a “professional speaker” like former President Barack Obama, who, because he is an African-American, that white America actually enjoyed listening to, the authors spend the majority of the book making the comparisons between Barack Obama, and others who utilize the African-American lingo.

Being an African-American myself, I’ve long since known that if us African-Americans, speak the “King’s English” we are much more readily accepted amongst white America than if we “ghettoize or ebonic-zise” are language, and then we wonder why we find yourself on the outside looking in.

The authors do have some good points throughout, such as the dominant majority groups in any country, tend to have a “bar” which the lesser dominant groups have to rise to, in order to earn some type of acceptance. I guess this is normal in a way, and it plays out in various ways throughout the animal kingdom itself.

But, language is not the only thing that gets us acceptance into the white culture. Also looks (you’ll notice that Barack Obama is not a very dark skin African-American, so that a pick him up some points right there), he’s also clean-cut without any tattoos that I know of, closely cropped hair without the braids and the dreads, smiles readily and looks to straight into the eyes when he is talking with you. So he has learned to master all of those traits, that enhance the opportunity for African-Americans to enjoy greater acceptance into the white dominated culture in America.

I’m very much the same way. I’ve learned a long time ago to speak properly, carry myself in a professional manner, smile and look people in the eye, talk clearly and enunciate when I speak, closely cropped hair (in my case, a bald pate), light complexion, professional fitting clothing, etc.

I think a lot of it comes from your overall background that you grew up in in the neighborhood that you are from. But if you going to find success at greater levels in the white dominant society of America, you have to leave a lot of those ethnic tendencies behind, and be able to fit in as best you can. Of course, there are exceptions to the rule once in a while, but even that depends on what that individual is “bringing to the table”.

This is a book that probably people of color will readily understand much more easily than Caucasians. That’s because it’s our reality, and we have to live it every day.

Overall, it’s an interesting read, it does tend to ramble all over the place with a very wide scope it’s trying to capture, and also, I don’t think it takes into account, that former Pres. Barack Obama is a polished politician, (as are all the politicians) with speechwriters, a staff that understands the demographics that he’ll be speaking to, and hours of practice every time he goes out into public. So, it’s not quite like comparing “apples to apples”, and if you take those things into consideration, former Pres. Barack Obama knew exactly what he was doing, when he was speaking to the various groups he was speaking to throughout his presidency. Remember how Hillary Clinton went to the black church, and started speaking in a “urbanized, religious tone” that seemed totally out of character for her? Of course she practice that as well.

Good book, enjoy it for what it’s worth.