James Donaldson’s Book Review – The Upstarts: How Uber, Airbnb, and the Killer Companies of the New Silicon Valley Are Changing the World by Brad Stone 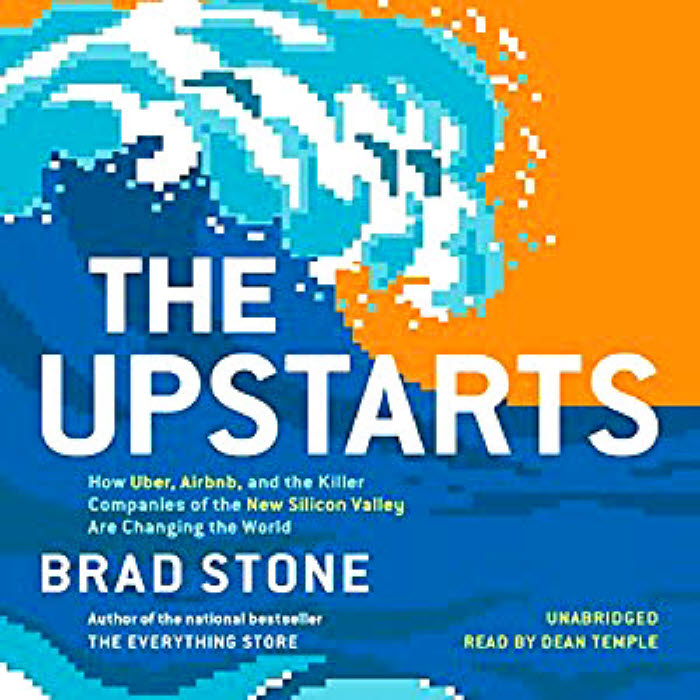 Ten years ago the idea of getting into a stranger’s car or walking into a stranger’s home would have seemed bizarre and dangerous, but today it’s as common as ordering a book online. Uber and Airbnb have ushered in a new era: redefining neighborhoods, challenging the way governments regulate business, and changing the way we travel. In the spirit of iconic Silicon Valley renegades like Steve Jobs and Bill Gates, another generation of entrepreneurs is using technology to upend convention and disrupt entire industries.

This was a fascinating look at the world of “Upstart Entrepreneurs” utilizing newfound technological methods in order to compete against long-established “brick-and-mortar” and “generational” businesses that have been part of our Americana culture forever.

The fact that a couple of young upstart entrepreneurs who founded Uber and Airbnb, could have entered into traditional territories that have been so “monopolize” over the generations, and become a “legitimate player”, lends credo to the fact that especially in America “almost anything is possible”.

I’ve been part of a couple of upstarts in my entrepreneurial career, one of them competing with a traditional business in a traditional industry, and another, the latest one, utilizing a lot of the new means of communication via technology, iPhones, iPads, apps, etc., and going against traditional means of communication. It is exhilarating, bringing a ideal to fruition, and the whole team working so hard to fulfill the vision.

Just as we read in this book “The Upstarts”, entrepreneurs do what entrepreneurs do, not so much because of the dollar signs that are dangling in front of them at some point, but because they have a passion, they want to prove a point of view, they don’t take “no” for an answer, and they want to change the “status quo”.

Young millennial’s, aren’t bound by a lot of the old styled “traditional thinking”, and to them, almost anything goes. And, as society adjusts to the new ways of doing things, is no longer unheard of for a stranger to jump in the back of the car of another stranger, and trust that they will arrive safely to their destination. Or that a apartment or homeowner, will open up a room in their home to a total stranger as well, and lived to tell the story. My, how times have changed!

A great book, whether young and old alike, if you have an open mind, I think you’ll get a lot out of this book, and see that the “world is your oyster”, and if you come up with a great ideal, but together the right team to help you execute the ideal, sell the concept to people who are looking to be “changemakers”, you’ll be off and running in no time at all.