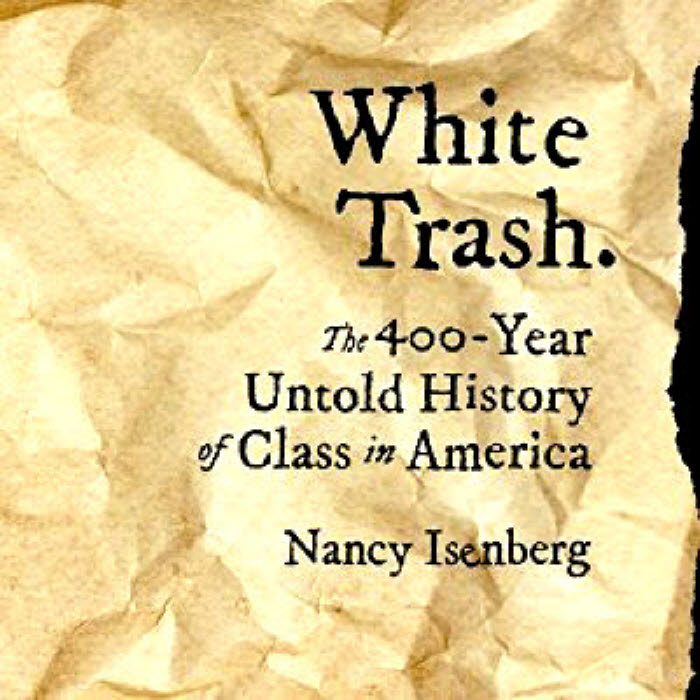 Racism? Sexism? Classism? And all of the other “ism’s” is what makes up America and every other civilization throughout history. It’s just human nature, and we can get away from it.

I know we in America, continue to try to deliver on the ideology of “American Exceptionalism” and a real “melting pot” concept, and in theory all those things sound wonderful, but in reality, we’ve never come even close to it.

In this book, “White Trash”, the author takes a look at essentially what is classism throughout history in the United States. From the landing of the first “immigrants” from Europe, on Plymouth Rock, to the folks who settled in the Appalachian Mountains, down south, and ventured out West in America, there have been many different classes of people who have populated our country.

White Trash uppends assumptions about America supposedly class free society. Poor whites were central to the rise of the Republican Party in the early 19th century, and the Civil War was fought over class issues nearly as much as it was fought over slavery. Reconstruction. Poor white trash against newly freed slaves, which factored in the rise of eugenics.

This was a very interesting look at class issues throughout American history. From the very stereotypical “hillbillies from the hills”, to the also stereotypical “incestual relationships of mountain folk and very poor people”, even to some of the reality shows such as Duck Dynasty and Here Comes Honey Boo-Boo, at times there was a humorous look as well at what makes up America.

The author also took on folks like Donald Trump, Sarah Palin, and many others, as they either have come from “White Trash” roots and beginnings, or they continue to play it out in today’s media, often to their advantage.

This book was surprisingly “deep” and “introspective” and cause one to really think of how we got to this point in current day America.

We are a “great experiment” that is still in its formation, and offers wonderful advantages over every other country in the world simply because of the vast variety and diversity that all of us have to offer.

Enjoy this book for what it’s worth, but take time to think about what you are reading as well.

I enjoyed this book because one I am a history buff, who is also interested in social issues and things that shaped our great country.

← James Donaldson’s Book Review – The End of the Line: Romney vs. Obama by Glenn Thrush
Get Your Complimentary ebook – Stability for Seniors →