James Donaldson’s Book Review: Why Are You Atheists So Angry? : 99 Things That Piss Off the Godless by Greta Christina 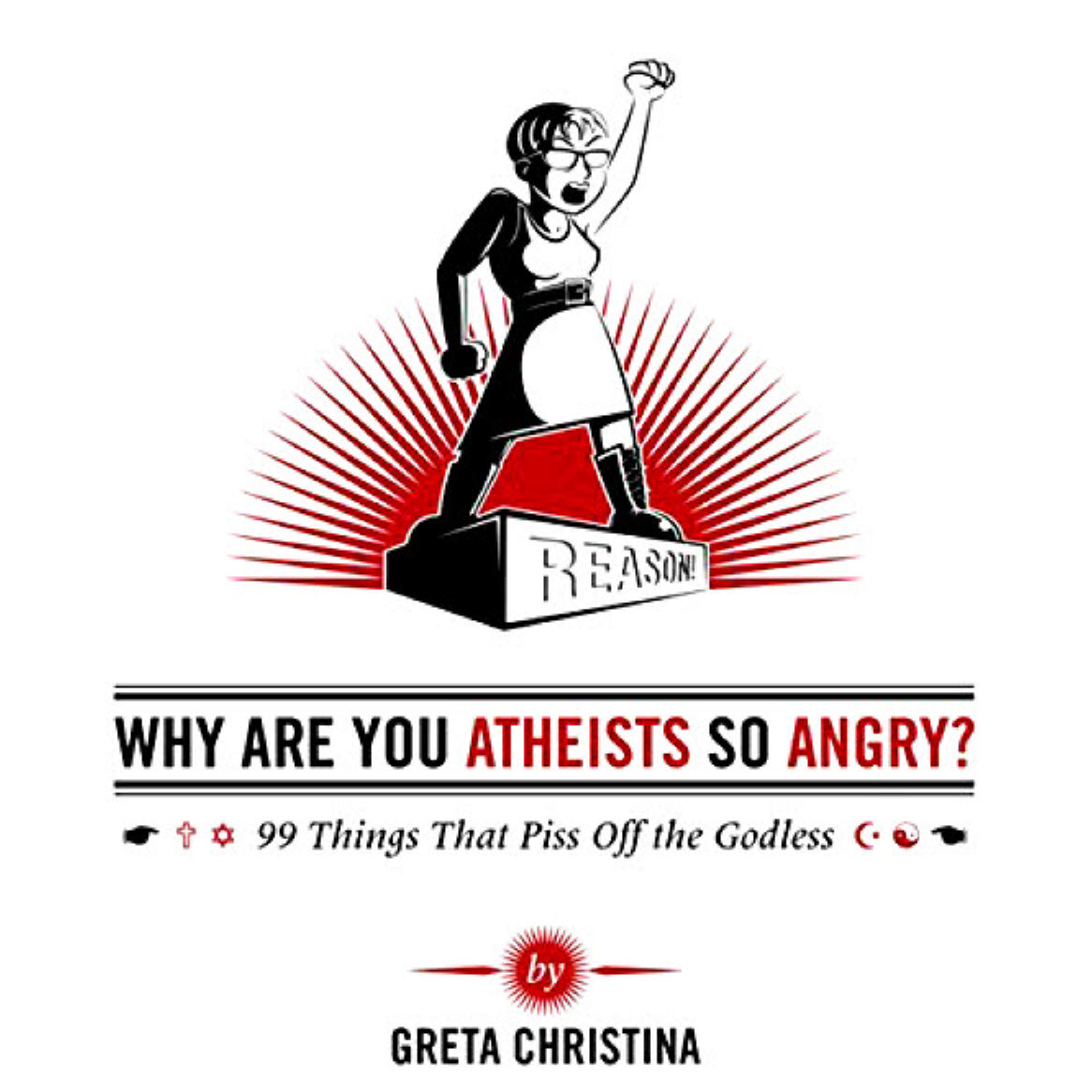 This is a little bit different of a type of book than what I typically read, being that I am still a “card-carrying Christian man of faith”, but I do notice the world around me, and I have noticed the influence of the church waning especially in today’s social climate. And also, in looking around the world at the different religions, for some reason or another, religions that are supposed to promote peace and love, are constantly at each other, with huge followings of people who don’t do a lot of “critical thinking”.

So, I wanted to read this book today about “Why Are You Atheists so Angry?” because I thought it would be very interesting to get another take and perspective on the world around me.

Overall, I thought this book was excellent in the way that the author, Greta Christina, puts forth arguments from the atheist point of view they can neither be “proved nor disproved” (arguments that either go beyond or stop short of scientific evidence anyway), and points out in the same vein, how a lot of the arguments for religion, can neither be “proved nor disproved” as well. There are still a lot of “creationist” among us, that continued to dispute the scientific evidence, even though virtually all the scientific community tends to agree on things such as the age of the universe, the age of the earth, when dinosaurs disappeared, the evolution of humans, and so many other things.

I like to consider myself as a fairly educated person, and so I do except scientific data and research (especially when it’s in a double-blind test study), so the older I get, and the more informed I become, the more reason I have to doubt the true reason for religion other than as a controlling mechanism over humanity, for nearly as long as we have been literate.

I don’t know, I still have a lot of “unanswered questions” myself, but I tend to lean towards the scientific findings and technology that we continue to rapidly advance, and until something comes about to disprove all of that, personally, that’s where I am.

The author, Greta Christina, starts at the opening chapter of her book, listing 99 reasons why atheists are so angry. That in itself is an eye-opener, because she (and atheist herself) and speaking for the atheist community, feel that religion has been the bane of society, coming about when very few people were literate, and we still can find her activities to the daylight hours, and things that went bump in the night, we attributed them to spirits, or to God, and how religion is been used as a very controlling mechanism over people who don’t know better, such as the uninformed, undereducated or children.

The author says that religion is implausible at best and ridiculous worse.

Chapter 8: The top 10 reasons the author doesn’t believe in God

– The inconsistencies of world religions

– The weakness of religious arguments by their wrist, apologist etc.

– The increasing diminishment of God

– The physical causes of everything we think of as the soul

– The slippery mess of religious and spiritual beliefs

– The failure of religion to improve or clarify overtime

– The complete lack of solid evidence for God’s existence

The author stresses the main point of her desire being that she hopes of religious people come to the conclusion that religion is just a hypothesis. The hypothesis of how and why the way the world works based on supernatural beliefs.

I present this book review, not to try to influence anybody one way or the other, but if you want to different perspectives then one that you typically hear or grew up with, listen to what the atheist community has to say about religion as well. People can be and will be, “good or bad, honest or evil” with or without religion. So that’s the question the atheist community is asking, what is the proper role, if there is any, for religion?