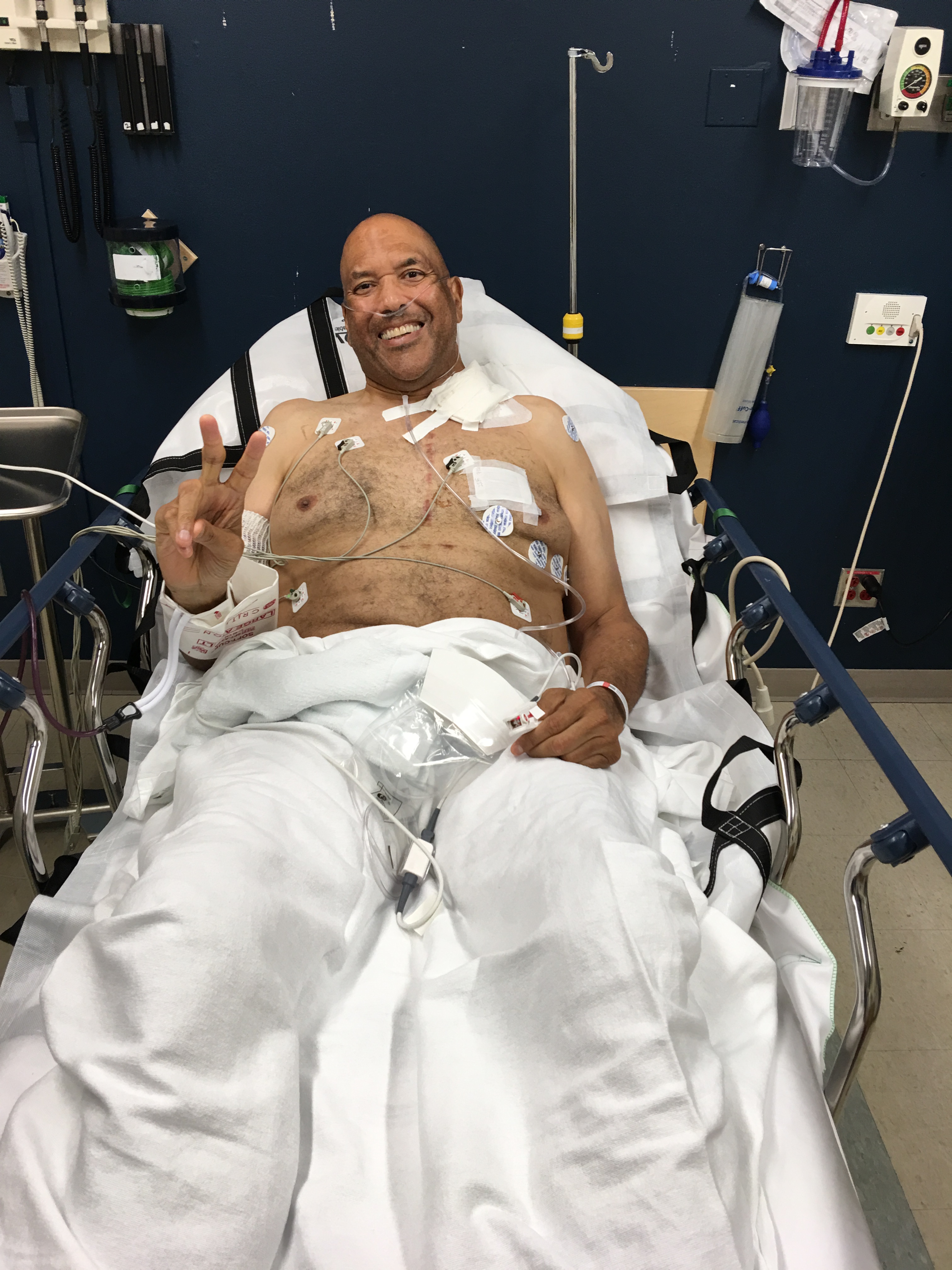 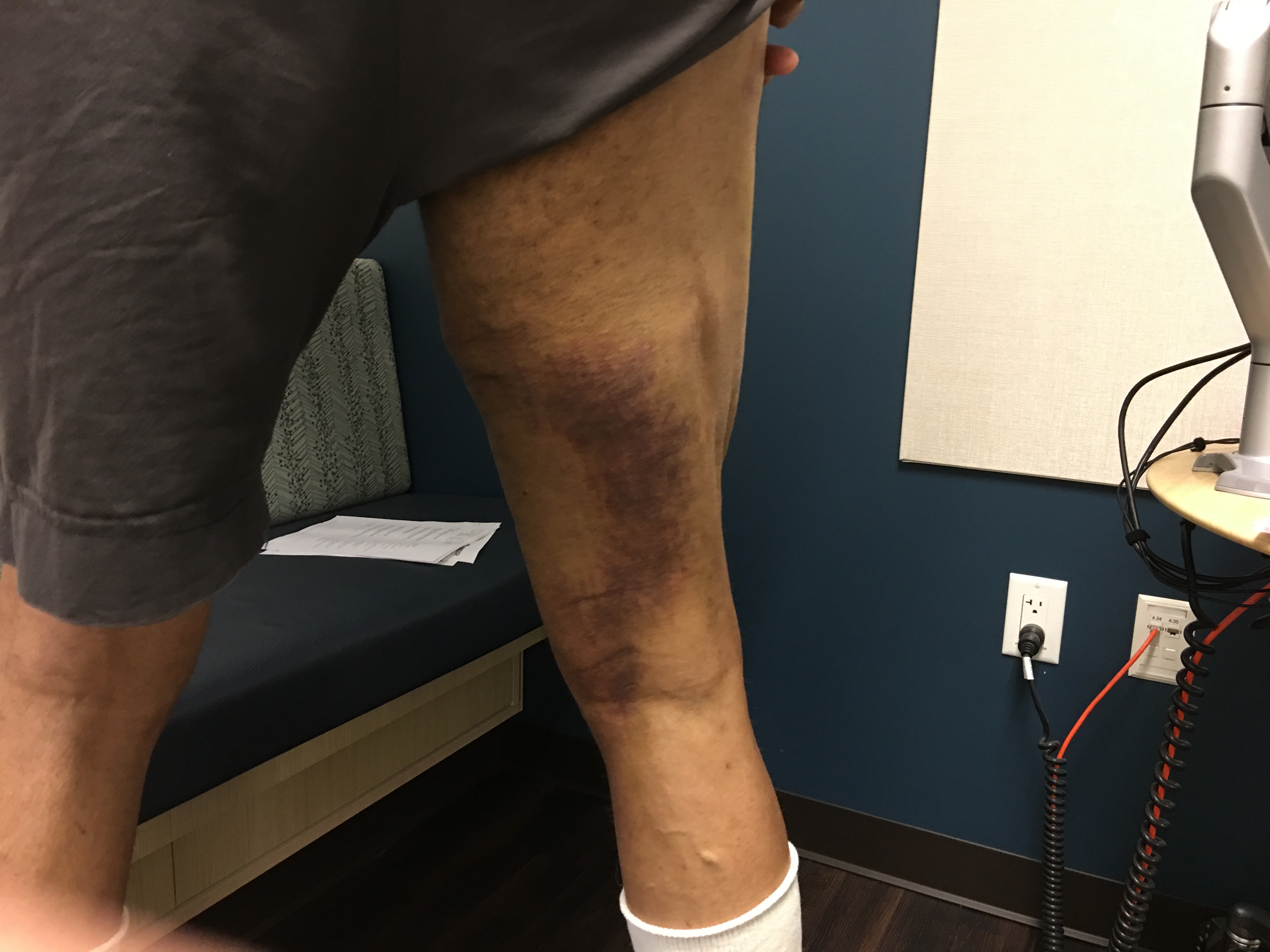 What a week that was!

After letting you all know that I was finally released from the hospital about 10 days ago, I ended up going back to the hospital at least four times this past week.

July 28 – Saturday – I went to the emergency room at Swedish Ballard and spent the whole day there, as I had an immense amount of pain in my right leg, caused by a “pseudoaneurysm” (a small aneurysm that developed alongside my femoral artery in my right leg, was swollen to a point that it was putting tremendous amount of pressure on the surrounding tissues and nerves. That’s why it was so painful!). They treated me with pain medications, an ultrasound, and an exploratory needle to try to resolve the problem. I ended up being admitted to the hospital where I stayed until Sunday afternoon.

August 1 – Wednesday – again I was in immense pain with the “pseudoaneurysm”, and this time it just was not letting up. Around 8:30 PM, I went to the emergency room at Swedish Hospital (First Hill), where again they treated the symptoms of my pain with pain medications, ice and rest. I kept asking to be admitted to the hospital, but they would not allow it since I had an office procedure scheduled for 10 o’clock the next day. The emergency room “discharged me” at 4 AM, and my ride finally arrived at 5:30 AM to take me back home for about three hours total turnaround time, and then we went back up to Swedish Hospital (First Hill) where I went to my 10 AM appointment to finally treat the problem. Needless to say, I stayed up all night on Wednesday night.

August 2 – Thursday – the procedure they did to me on Thursday morning was to using ultrasound to guide a needle into the aneurysms (I had two) that had formed alongside my femoral artery. I was just under local anesthesia, so I was awake the whole time. You talk about pain! Being awake and watching a needle probe into your tissues, time and time again until they get to the right spot. Once inside the aneurysm, the medication was injected to help form a blood clot which the physicians could easily manage and cut off from the femoral artery. The whole procedure took about 45 minutes, I screamed out in pain several times but had a team of about six people holding me down.

So, I’m finally back home (again) to rest and heal up. Once the procedure was finished on Thursday morning, my leg felt much better, and a lot of the pain had been alleviated. It still feels a little “gimpy” but is much better than having the debilitating pain that I was dealing with for the last several days.

This is “Sea Fair Weekend” around Seattle, where the “Blue Angels” are putting on quite a show over Lake Washington in Seattle. I hate to miss it all, but I’m just going to have to stay put all we can and probably for the next several days trying to get my strength back.

It’s amazing, how much you “fall off” by dealing with these medical issues. Even simple little things like preparing a meal, walking up and down a flight of stairs, doing my laundry (my pitiful looking yard, has been totally off limits all summer), totally exhaust me to the point where I need to just go find a place to lay down for an hour or so.

So anyway everybody, that’s my update for now. I’m really hoping finally I get these health issues behind me and I can start enjoying my summer.

My birthday is coming up this month, and I hope to at least be able to stay on my feet long enough to go out and enjoy a nice meal.

As always, thanks so much for everybody continuing to be there throughout all of this. As we say “who would’ve thunk” any of this would’ve happened. It just goes to show you, and this journey of “life” anything can happen to anybody at any time.

Please continue keeping me in your thoughts and prayers, and give a little “shout out” to say hello every once in a while.

All the best to you,

← The Leadership of the NBRPA Doesn’t Care About You or Me by James Donaldson
Why Even Have an NBRPA Board of Directors? (Part 2) →