James Donaldson on Mental Health – Generation Z Reported the Most Mental Health Problems, and Gun Violence is the Biggest Stressor

We can’t avoid stress, but here’s how to manage it.

(CNN)Many members of Generation Z — young people between 15 and 21 — have taken more active roles in political activism this year, and a new survey indicates that the state of the nation is to blame for this generation’s stress levels.

As gun violence, sexual assault claims and immigration dominate the 2018 news cycle, the American Psychological Association’s annual Stress in America survey says that such issues are the main cause of stress among young adults.

The survey, released Tuesday, was conducted among 3,459 people 18 and older, and it included interviews with 300 teenagers ages 15 to 17. It measures attitudes and perception of stress to identify the leading sources of stress among the general public.

School safety is a top concern 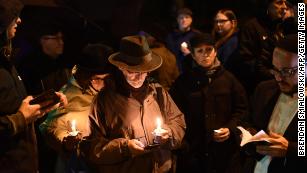 Doctors release new recommendations to reduce gun violence
In comparison, 73% of millennials who took the survey stress about school shootings and 69% about mass shootings. As for Gen Xers and baby boomers, 58% expressed concern over mass shootings, and about the same percentage of stress over school shootings.
School security measures have helped reduce stress levels in 37% of students interviewed, but 22% feel that the measures have increased their stress levels; 41% say that they have not affected their stress levels, the report adds.
“The pressures facing Generation Z are different from those that faced older generations at the same age. For example, mass shootings simply did not happen with the same scale and frequency when I was in school,” said Arthur Evans, a psychologist, and CEO of the American Psychological Association.
This is the 12th year the association has conducted the stress survey as part of its Mind/Body Health Campaign, and it’s the first year the survey has asked about gun violence, spokeswoman Sophie Bethune said.

Stressed about the country

In order to direct the association’s focus on Gen Z, Evans said, it added questions on a range of issues such as immigration, climate change, rising suicide rates and reports of sexual harassment or abuse.
Sixty-eight percent of people between the ages 18 and 21 expressed concern for the state of the nation, but the study found this generation to be least likely to run to the polls in November, with just 54% saying they will vote.
The survey says that number is well below the overall average of 7 in 10 adults from all generations who plan to vote in the 2018 midterm elections.
Still, 57% of Gen Z believed the cases of separation and deportation of immigrant families in the United States to be a significant source of stress, in comparison to 45% of adults overall. 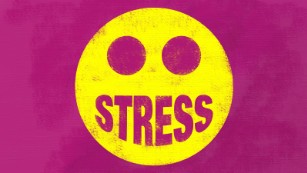 Too much bad news can make you sick
Widespread reports of sexual harassment or abuse have also played a big role in young adults’ stress levels, as 53% blamed this issue for their stress. Only 39% of adults overall say the same.
As for climate change, 58% of Gen Z says it’s a significant source of stress, in comparison with 51% of adults overall.
Evans attributes these results to the fact that certain regions of a young adult’s brain are still maturing and have not developed enough to handle stress the same way adults do.
“While young people are facing many of the same issues that older adults face, they have not yet had the life experiences that many older adults have had, such as practice responding to and coping with a broad range of stressors,” he said.

Although 62% of Generation Z said rising suicide rates are also a source of stress, compared with 44% of adults overall, the survey says these young people are more likely to report mental health conditions than any other generation.
About 37% of young adults reported receiving help or treatment from mental health professionals, and half feel that they do enough to manage their stress.
Only 35% of millennials, 26% of Gen Xers and 22% of baby boomers reported to receiving help, treatment or therapy for mental health.
“The fact that more Gen Z individuals than adults in other generations said that they thought their mental health was fair or poor is concerning,” Evans said. “However, this could also be interpreted as a positive sign. This generation may be more tuned into recognizing issues with their mental health than older generations.” 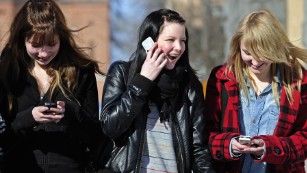 Teens: This is how social media affects your brain
The report says that public figures’ openness about their mental health challenges could be a reason why this generation is speaking out more, and their use of social media could be another key factor.
“It’s clear that social media is an enormous part of Gen Zs’ lives, and for more than half of them (55%), it provides a feeling of support,” the report says.
But social media also plays a negative role, the report claims; 45% said they feel judged on the social platforms, and 38% reported feeling bad about themselves due to the use of social media.
One positive outcome in the report was that 75% of the overall participants said they feel hopeful about their future.
“We hope that people understand that channeling tension, feelings of dissatisfaction and uncertainty toward something that is meaningful and productive is a healthy approach to managing stress,” Evans said. “Taking active steps to address your concerns can lessen feelings of stress.”