A fifth of girls aged 17-19 and one in 10 boys the same age have self-harmed or tried to kill themselves, the biggest research into young people’s mental health for 13 years has found.

Experts said the figures were “deeply worrying” and raised serious questions about the damage that social media, pressures to look good, and sexual violence were doing to the mental welfare of young women in England. 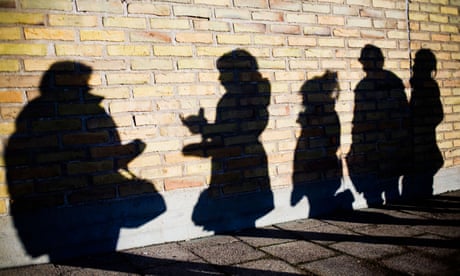 The government-funded study has also prompted concern by revealing that 5.5% of children aged between two and four have a mental health disorder – the first time official figures have captured such data on young children.

The latest evidence of the growing epidemic of mental ill health in young people has led to calls for ministers and NHS bosses to radically upgrade their plans to improve care.

The findings, released by NHS Digital, showed that overall one in eight of 11 to 19-year-olds had some form of mental disorder in 2017. Among five to 15-year-olds, the only group whose mental health was measured when the survey was last carried out in 2004, prevalence rose from 10.1% then to 11.2% last year. Many experts were surprised that the rise was not more pronounced.

The figures for 17 to 19-year-old boys showed that 9.7% had self-harmed or tried to kill themselves.

Emma Thomas, the chief executive of the charity Young Minds, said: “It’s alarming that so many 17 to19 year-old-women have diagnosable mental health problems, and deeply worrying that so many of those have self-harmed or felt suicidal.

“Pressure to do well at school, college or university, difficulty finding work or starting a new job, and moving to a new area all help explain the widespread anguish among them.”

What is happening with children’s mental health?

She said that social media was an issue, “especially [when] using it to compare themselves to others, and judging their popularity by the number of likes”, adding that comments they get after posting something was another damaging influence.

Jemima Olchawski, the chief executive of Agenda which campaigns for girls and women at risk, said: “This serious and accelerating deterioration in young women and girls’ mental health should concern us all.”

But she disagreed with Thomas. “It’s not enough to blame body image and social media,” she said. “The sexualisation of girls, the pressures they face around sex, and particularly the alarming levels of sexual and other forms of violence they experience, must be a key part of the conversation.”

Sue Rogers, the services manager at Action for Children, said its staff’s experience of helping families had shown that some very young children were struggling.

She said: “Sleep disturbance, behaviour issues, excess crying and eating difficulties are how toddlers tell us something is wrong. We see a growing number of adults with mental health problems, this has a cyclical effect on young children.

“Due to central government cuts, vital services such as children’s centres, health visitors and family support services have been reduced, cutting off an important lifeline to families who need to seek early help for their pre-school children’s mental health.”

The widespread use of technology by both parents and children may also be behind the figures, she added. Prof Tamsin Ford, one of the study’s co-authors who focuses on child and adolescent psychiatry at the University of Exeter, rejected the idea that children were being damaged by their use of gadgets such as iPads.

The study was undertaken by NatCen Social Research, the Office for National Statistics and Youth in Mind. The researchers also found that mental disorders become more common during childhood. The rates rose from one in 18 (two to four-year-olds), to one in 10 (five to 10-year-olds), one in seven (11 to 16-year-olds) and one in six (17 to 19-year-olds). 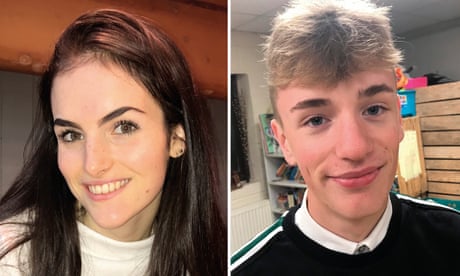 ‘I felt so worthless’: two teenagers on their mental health struggles

• In the UK, Samaritans can be contacted on 116 123 or emailjo@samaritans.org. In the US, the National Suicide Prevention Lifeline is 1-800-273-8255. In Australia, the crisis support service Lifeline is 13 11 14. Other international suicide helplines can be found at www.befrienders.org.