This hits “close to home” for me because for almost a decade now, I’ve been working with Chinese high schools and Universities in preparing the students to come to American and “Study Abroad”.

It’s difficult enough just having the students leave their country for a school year at a time, but when you take into consideration that some of them don’t adjust well or run into situations that they don’t know how to deal with, it’s troubling.

Sadly, his story is not that rare and a Victorian coroner has found improved strategies are needed to encourage at-risk students to seek help. 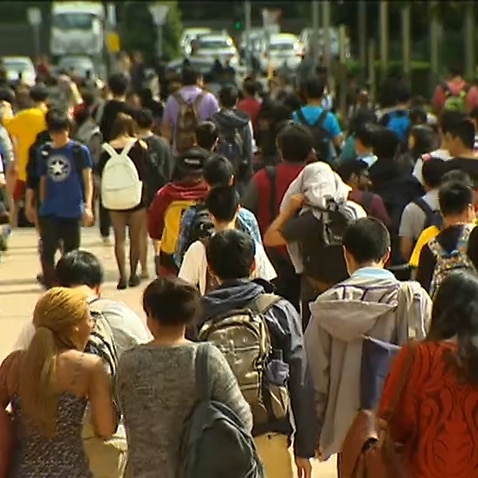 Coroner Audrey Jamieson’s investigation into the 24-year-old’s death found 26 other international students also killed themselves between 2009 and 2015 – although that number is likely to be an underestimate.

The Coroners Prevention Unit compared the circumstances of the 27 international student suicides with a cohort of suicides among Australian-born students and found there was a lower number of diagnosed mental illness in those born overseas.

It also found only 22 percent of those international students saw someone about their mental health within the six weeks of their death. In contrast, 57 percent of Australian-born students seeking help in the same period.

Ms. Jamieson found that despite the absence of a suicide note, Mr. Liu exhibited signs of undiagnosed and untreated mental ill-health after relocating to Australia to study in November 2015.

She ruled his death as a suicide.