The 48-year-old comedian died in Los Angeles on Feb. 22

The Hangover actor Brody Stevens‘ cause of death has been confirmed as suicide.

The 48-year-old comedian — who was found dead in Los Angeles on Feb. 22— hanged himself, according to a death certificate obtained bythis link opens in a new tab TMZ.

The document stated that Stevens’ history of #mentaillness was a contributing factor. The star, who had been open about his struggles with #mentalhealth previously, suffered from #depression and #bipolardisorder, according to the certificate.

this link opens in a new tab

Stevens appeared as Officer Foltz in the 2009 comedy #TheHangover. He was also in #TheHangoverPartII as Kingsley Guy, which was his last feature-length film.

The actor has also been on TV shows such as #JimmyKimmelLive!, #TheLateLateShowwithCraigKilborn, and as a regular panelist on #ChelseaLately. In 2015, he appeared in the short films #NearFall and #AloneTogether.

This is how I want to think about Brody Stevens. Having fun and making the best of impossible situations. Which he did ALL THE TIME.

There was a charity show at the #LaughFactory for the charity of a major Hollywood agency. The audience was all agents who were forced to go there by their work on a Tuesday night…

“Beautiful @brodyismefriend left us today. He was the funniest. He felt things intensely. High highs and low lows. Meds worked but felt like a heavy blanket. Squelched. Life itself was a struggle for him. I wish he stayed. I wish he called someone- anyone. Brody you are so loved,” she said on Instagram. 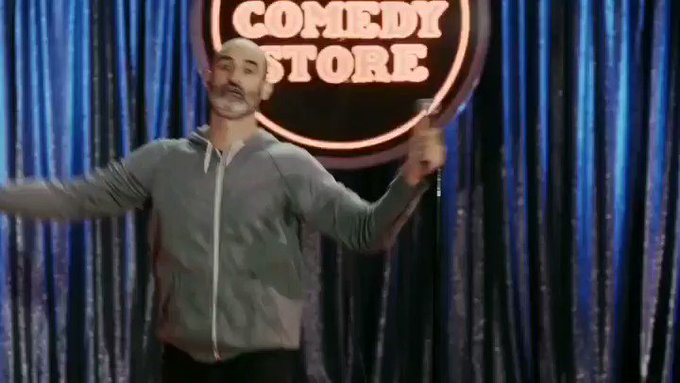 Thank you Brody for sharing your Comedy and positive energy with us for so many years. You made late nights so much fun, pushing boundaries, being different, and never doing the same show twice. Joke writing, crowd work, drums, baseball. We love you forever Brody. #brodystevens

Kumail Nanjiani tweeted, “RIP #BrodyStevens. Nobody else was like him, on or off the stage. Seeing him was always a joy. We’ll miss you Brody.”
#BigMouth’s Nick Kroll also wrotethis link opens in a new tab, “#RIPBrodyStevens he was so funny and weird and vulnerable and wild and kind. Every time he was onstage it was an adventure. Here’s some comics talking about what made him so special.”

#TheComedyStore, a famous comedy club in Hollywood, paid tribute to the late star, tweetingthis link opens in a new tab, “Thank you Brody for sharing your Comedy and positive energy with us for so many years.”

“You made late nights so much fun, pushing boundaries, being different, and never doing the same show twice. Joke writing, crowd work, drums, baseball. We love you forever Brody. #brodystevens,” the tweet continued.

If you or someone you know is considering suicide, please contact the National Suicide Prevention Lifeline at 1-800-273-TALK (8255), text “home” to the Crisis Text Line at 741-741 or go to suicidepreventionlifeline.org.