#JamesDonaldsononMentalHealth – #TysonFury Talks #MentalHealth Struggles, Reveals He Was on the Verge of Suicide 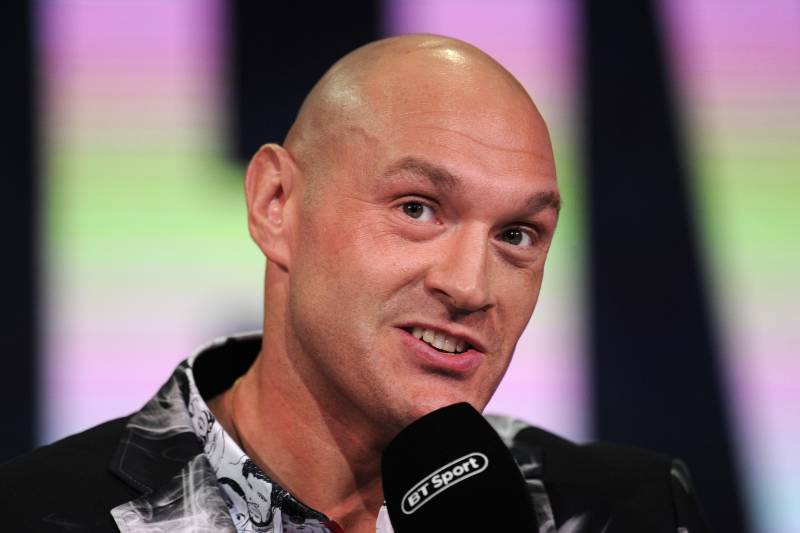 #Boxer Tyson Fury opened up regarding his struggles with #mentalhealth Wednesday, saying on The Rich Eisen Show he contemplated #suicide.

“I was on the verge of suicide. That’s when I’d have quit. But I didn’t quit on myself and I didn’t quit on the world. That’s why I’m back here to tell the story. … Life’s hard. Nothing’s ever going to hit you as hard as life will. And anyone who suffers from mental health problems, it is a silent killer. It kills more people every year than most other things.

“… I was no different. You’re thinking heavyweight champion of the world, a guy who’s on top of everything, he must be happy, right? But then I wasn’t. There wasn’t a day that I woke up that I didn’t pray for death. I had everything to be happy for, but every day was gray and dark.”

Fury, 30, said his upbringing made it hard to come to grips with his mental health. He said he was raised in a household where no one talked about their mental well-being, leading to him staying silent until he “exploded.”

“I do think the most important thing for anyone who suffers from #mentalhealth is communication,” Fury said. “Without communication with others, we’re not going to get better.”

Fury previously said his #depression led to recreational drug use and #alcoholism.

“They say I’ve got a version of bipolar,” Fury told Stayton Bonner of Rolling Stone in 2016. “I’m a manic #depressive. I just hope someone kills me before I kill myself. … I’ve been out drinking, Monday to Friday to Sunday, and taking cocaine. I can’t deal with it and the only thing that helps me is when I get drunk out of my mind.”

Fury told Eisen he reached “rock bottom” while driving 160 miles per hour in his car on his way to brunch one day. He told Eisen he was “100 percent certain” he was going to kill himself that day.

“Just before I hit this bridge, I heard a voice in my mind saying ‘Don’t do this,'” Fury said. “This is not what you’re going to do. Think about your kids: gonna grow up with no father. Everyone’s going to say you’re a weak person. No. And I pulled the car over immediately, and I was shaking. And I called for help immediately.”

Fury then contacted his father and told him about his #depression, and then sought help from doctors and counselors. He said without the help of those around him, he would have taken his own life.