#JamesDonaldson on #MentalHealth – #Suicide, A Preventable Cause Of Death

#Mentalillness is real, hard, disabling and needs addressal and treatment Many employed people may not get the time and the resources to get the help they need.

#India has the highest rate of death by #suicide in the South-East Asia region at 16.5 suicides per 100,000 people (2016). Actor Sushant Singh Rajput losing his life to #suicide just goes to show that contrary to the popular belief, success, fame and the like are not determinants of good #mentalhealth. While success, money, achievement may increase self-worth and therefore happiness, it is not the sure shot to happiness. There’s a lot more to it than what meets the eye. No one is immune to poor #mentalhealth.

The most common cause of #suicide is #depression, though it is also linked with other psychiatric disorders. In spite of efforts to reduce the #stigma around #mentalhealth, there is an increase in societal and individualist pressures on individuals. However, there is no substantial increase in the awareness of #mentalhealth and its implications. This disparity may in turn cause #mentalhealth negligence and potentially suicidal thoughts or behaviour. We are conditioned to try and meet expectations that are made by people other than themselves, and pressure or failure to meet those expectations may cause distress. A few other causes of self-harm or suicidal thoughts are internalising negative emotion and #mentalhealth concerns, family history of #mentalhealthissues, knowing, identifying, or being associated with someone who has committed #suicide.

Self-#isolation, too, can trigger such thoughts and actions. Withdrawal from social activities can lead to feelings of #loneliness and this leads people to believe that they have no one and their absence will be unnoticed, thus leaving little to stand between them and the final act. Another faulty perception that they may have is that they don’t matter, that they are a burden, that #suicide will solve the problem, or that the loss of their life would be a relief to some. Sometimes people attempt #suicide not so much because they really want to kill themselves but because they are unable to find another way out and #suicide is seemingly the only available option. Many different factors can contribute to #suicidalideation and often occur when one feels hopeless, finds life meaningless or purposeless or beyond control. These feelings may be due to relationship problems, trauma, substance abuse, a crisis of some sort, pressure at work, a physical health issue, or financial difficulties.

How to spot signs

Some of the signs to look out for are, signs of clinical #depression, withdrawal from friends and family, #isolation, feelings of sadness and hopelessness, lack of interest and motivation in activities that were previously enjoyable, an increase in substance use or misuse, recklessness, #anxiety, change in appetite or weight, change in sleep patterns, lack of energy, low self-image and negative self-talk, talk of death or #suicide, history of self-harm and giving away possessions. Having said this, it may not always be easily identifiable as individuals learn to mask their emotions and that prevents them from being identified. A composed exterior need not mean a composed interior.

What to do if you’re having suicidal thoughts

Talk about it! Don’t underestimate the power of sharing your concerns. Let a trusted friend or family member in by disclosing what you’re going through. When you have thoughts of self-harm or #suicide, distract yourself and allow that thought to pass. Prevent suicidal thoughts from becoming suicidal behaviour by nipping it in the bud. Seek professional help, visit a #mentalhealthspecialist, psychologist or a psychiatrist. For immediate aid, seek assistance from #suicide helplines. Often professional help is pursued only when an issue escalates beyond control; however, prolonged neglect leads to prolonged recovery. Address #mentalhealth concerns immediately, no matter how small you may assume it is.

How to help someone

When trying to help someone suffering from #depression, self-harm or suicidal thoughts show your concern, be present, have the courage to ask direct questions, listen without judgement. Do not avoid the conversation of #suicide, this can be counterproductive. Discuss the emotions the person is going through and don’t allow the conversation to be about your reaction. There is no substitute for professional help, push them to seek #mentalhealthservices. Telephone helplines can also be useful when worrying about a friend or family member who is suicidal.

In the workplace, it is the duty of employers to ensure employees are mentally healthy as sometimes work may be a cause of #stress. Many employed people may not get the time and the resources to get the help they need. An in-house counsellors, employee assistance programmes and access to #mentalhealthspecialists can help keep employee #mentalhealth in check.

In schools and universities

More education on #mentalhealth at early stages will increase the likelihood of children speaking up about any issues they may be facing and get the help they need at the earliest. Merely having a school counsellor isn’t enough, active initiatives must be made to ensure that students avail the counselling services and help parents to identify risk factors in children. 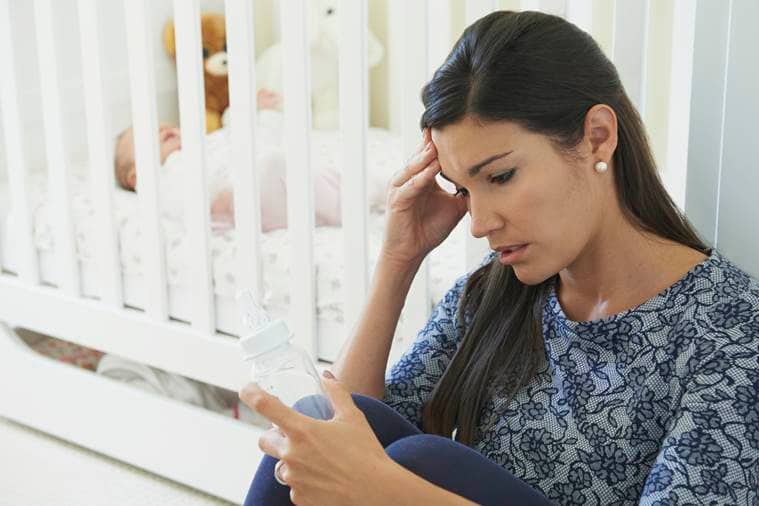 When trying to help someone suffering from #depression, self-harm or suicidal thoughts show your concern, be present, have the courage to ask direct questions, listen without judgement.

A revolution in #mentalhealthcare systems is needed, where clinicians, psychologists, etc. are trained in #suicideprevention as a part of the curriculum. Inter-agency working such as referral to a psychologist by GP’s can help early identification of issues. In terms of policy, it is of importance to have guidelines, reports or visions for #mentalhealth.

In conclusion, be kind, compassionate and empathetic towards all. Everyone is fighting their own battle, some more silently than others. It’s time to add value and enrich one another’s lives. #MentalIllness is real, hard, disabling and needs addressal and treatment. I urge people to seek professional help as soon as the need arises. Early detection and intervention of a psychological condition will allow you to live the life you deserve.

Aviva Damania is a #mentalhealthspecialist with an M.Sc. from the City University of London.